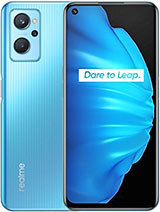 Realme Narzo 30A price in Qatar

The Realme Narzo 30A has a dual pattern of sorts with the bottom two-thirds having  diagonal lines, while the upper section is plain.

The Realme Narzo 30A gets a decently big 6.5-inch display with a tall 20:9 aspect ratio. It has the SIM tray on the left side of the frame and has two Nano-SIM slots and a dedicated slot for storage expansion. The Narzo 30A tips the scales at 207g and is noticeably heavy since packs in a big 6,000mAh battery.

These variants are paired with 32GB and 64GB of storage respectively. Storage is expandable further upto 256GB using a microSD card.

If this is what your typical usage pattern looks like, then the Narzo 30A should not disappoint.

The Realme Narzo 30A sports a 13-megapixel primary camera and a monochrome portrait camera with an unspecified resolution. At the front, it has an 8-megapixel camera for selfies. The rear camera performance was average in most shooting conditions but the phone did deliver good selfies.