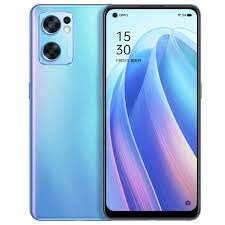 Oppo Reno 8 SE 5G is an upcoming smartphone in Qatar with the expected price of QAR 1200 in Qatar. The phone will be available in multiple color variant.

According to the tipster, the smartphone will have a 6.43-inch FHD+ screen with a 90Hz refresh rate. It is expected to be an OLED panel.

Under the hood, the device will be powered by the MediaTek Dimensity 1300 chipset which was tipped in a recent leak along with the SoCs for the other OPPO Reno 8 series devices. The report also states that the device will come in 6GB and 8GB RAM variants along with 128GB or 256GB of internal storage capacity which can be further expanded.

The device will run on Android 12-based ColorOS 12, will incorporate an in-display fingerprint sensor, and draw power from a 4,500mAh battery with 65W fast charging support. It will likely omit the 3.5mm audio jack and stereo speakers.