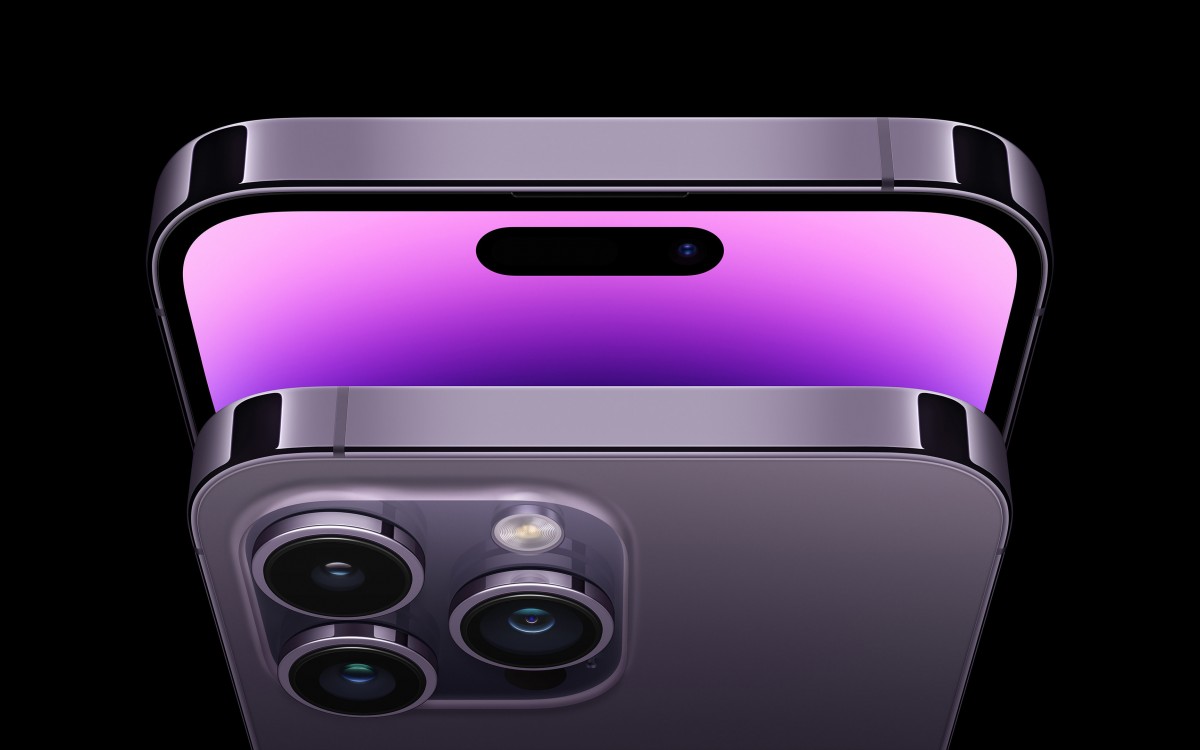 You can also contact emergency services via satellite if you find yourself ‘off the grid’ but under “light foliage” or in direct view of a satellite. This service will debut in the US and Canada only in November, and will be free for the first two years. 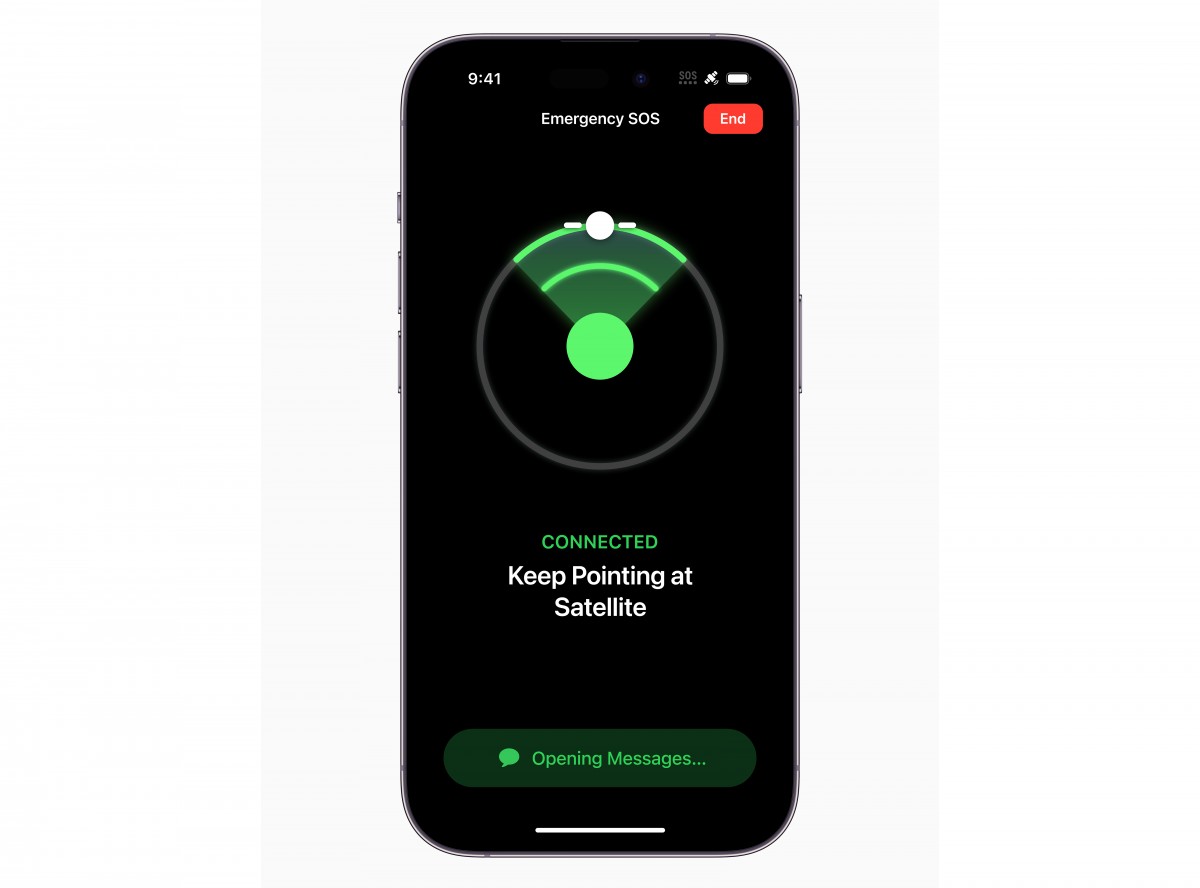 The main visual change you’ll notice is the pill-shaped cutout at the top of the screen. It’s smaller than the older notch, and this was enabled by the fact that the cameras inside are now 30% smaller. The proximity sensor has also moved under-display to help. Apple of course couldn’t help name the cutout: Dynamic Island is how it’s called. Apple is playing with black pixels around the actual cutout to create some dynamic effects.

The space around the cutout changes to allow easier access to controls for ongoing background activities like Maps or Music or a timer. Third party apps can take advantage of this area too – for example, you could get sports scores on there. 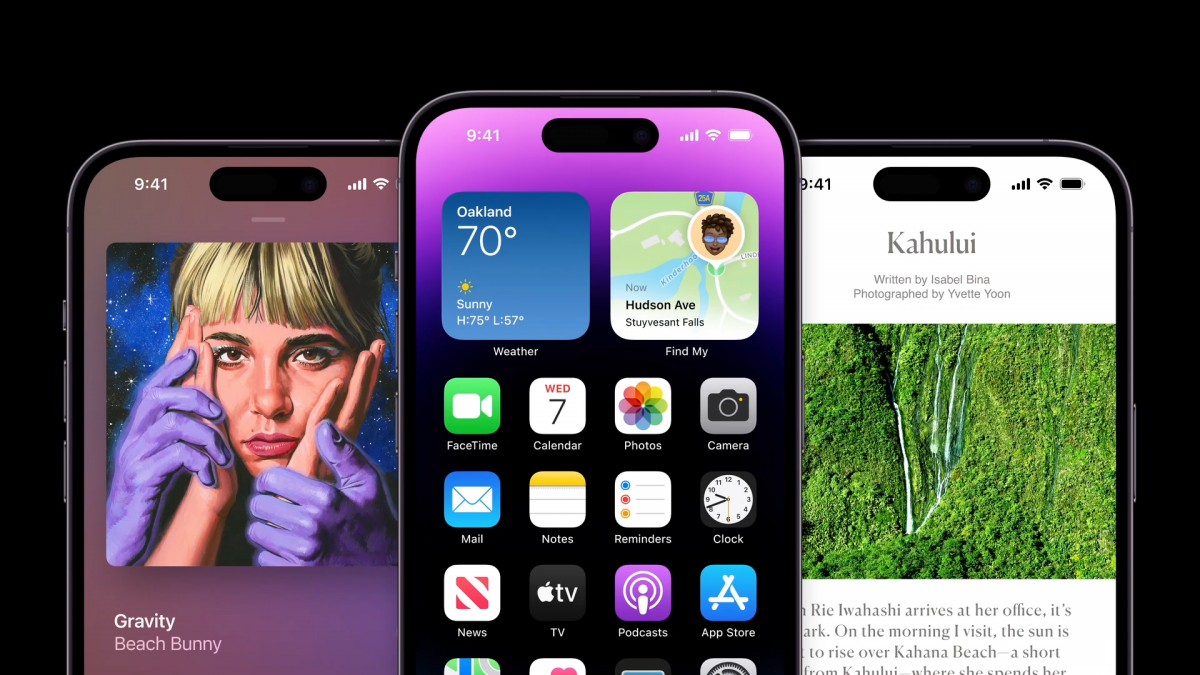 The display itself, 6.1″ on the Pro and 6.7″ on the Pro Max, is now brighter, up to 2,000 nits peak for HDR content, and has a new controller that supports refresh rates as low as 1Hz. This means Always-On Display is finally available on an Apple product, exclusive to these Pro phones. The time, widgets, and Live Activities will be visible at a glance on this Always-On Display.

The main camera on the back has a “quad-pixel” sensor, which is a first for Apple but rather old in the Android world right now. The sensor has 48MP resolution, and by default the phone will shoot in 12MP. The camera has an f/1.78 aperture, and 1.22μm pixel size before binning – 2.44μm with binning. You also get second-gen sensor shift stabilization, as well as full focus pixels.

The high-res main sensor enables a new intermediary zooming step of 2x in the camera app, by cropping from the middle, perfect for Portrait Mode shots. There’s a new 12MP ultrawide camera in tow, with large 1.4μm pixels, delivering sharper images with more detail and improving on macro shots too. Finally, the 3x telephoto camera is still there and has optical image stabilization. 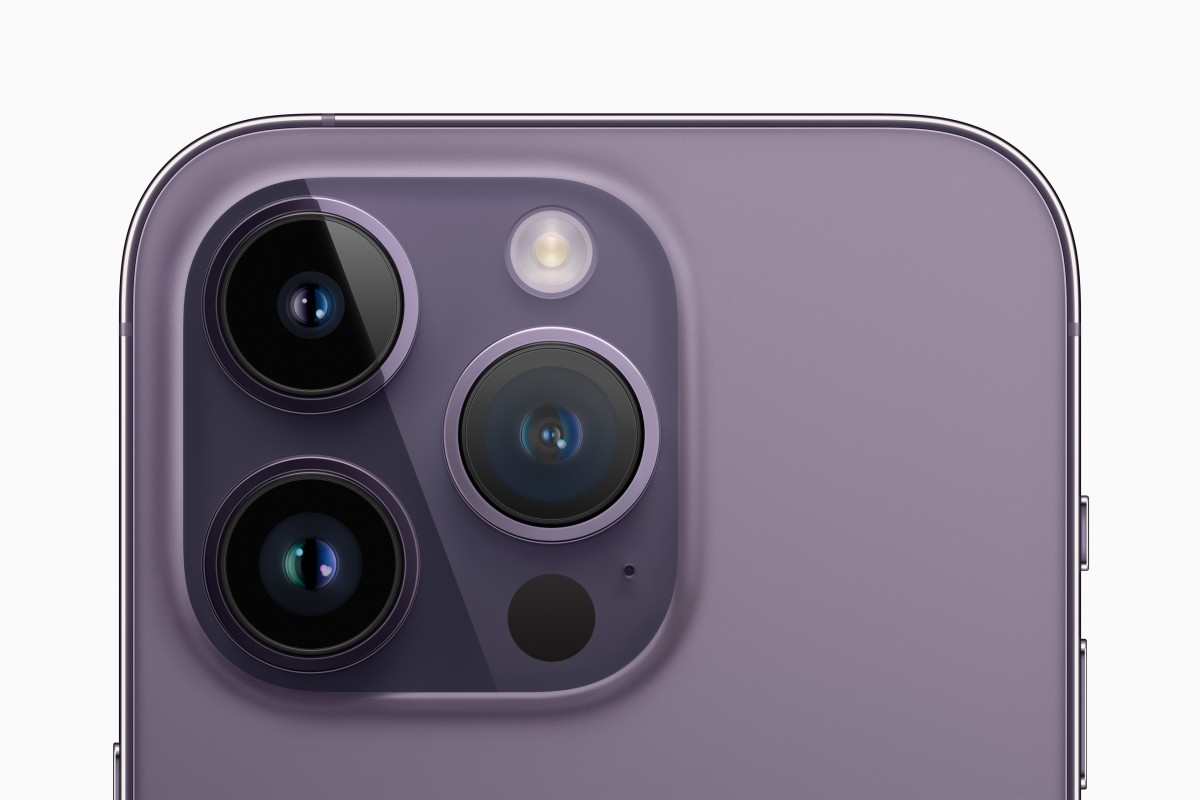 The A16 Bionic chip is at the heart of the two devices, and it comes with a six-core CPU, with two performance cores and four efficiency cores. The CPU overall is billed to be 40% faster than the competition, while its two high performing cores require 20% less power than the ones in the A15. The 16-core Neural Engine included in the A16 is capable of 17 trillion operations per second, while the 5-core GPU comes with 50% higher memory bandwidth.